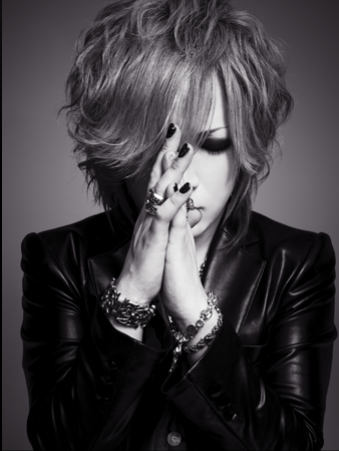 Ruki doesn’t like strawberries.
Ruki loves to shop
He used to want to be a fireman
Ruki has five piercings on his right ear
His favourite season is winter
He used to work at a restraunt called ‘Royal host’ and at a place called ‘Denny’s’
His least favourite foods are strawberries and peppers
he is very self conscience
he hates having to show his chest
he hates his sun spots/beauty marks, and he tries to cover them as much as he can.
he had a pretty rough childhood
his parents where kind of the equivalent of nazi’s
he use to as a child wake up in the middle of the night, grab his head phones, and plug them into the tv and watch horror films while his parents where asleep.
his first favorite horror film was Child’s Play
his older brother was into X japan and luna sea and when no one was home, lil ruki use to play thier songs.
doesnt find naked women erotic
designs jewelry sometimes
had a dog named Sabu-chan (deceased) now its koron
current pet is Mr. Squidge, a cat.
wore his bother’s hand-me-downs
parents and family wanted him to be a ‘good child’ so they made him always busy in school and t home with lessons
was grounded and beaten frequently by his parents for his misbehavior
use to skip classes that he did not like
was in a private elementary school
in all previous bands previous Ruki was the drummer
made a promise that if the GazettE where to break up it would be his, reita’s and uruha’s last band
was hurt by an ex-girlfriend long ago (find the lyrics to zetsu, or zakurogata no yuutsu, and you will understand)
he ate food that fell off the table as a kid
likes to try new things
very, very talkative
when things get hard or diffucult, he just wants to run and hide away.
steals other members cigarette’s when he has none
makes bad lies about being somewhere, where he definatly isnt!
paints the stripes on his neck because he’s self-conscious about his jawline
charming point is temple
hates it when people are mean to tourists
Rolls around on Uruha’s bed, to make Uruha laugh.