1. Once someone played an April Fool’s joke on Kai and he didn’t realise until the day after

3. His favourite animals are dogs, tigers, alligators and crocodiles


5. His favourite season is winter (he likes christmas)

6. Kai has two piercings, both on his left ear

7. He used to want to be a football player

8. was once put in the hospital because of a fever from too much drumming

9. used to work in a restaurant before going into entertainment

10. was ranked as #3 popular male by the girls at school (he found out AFTER he quit the soccer club)

11. he used to push his way to the center of a crowd that was laughing and make what they were laughing at funny for him too (he says he was selfish in this way, always wanting to be center of attention/funny)

14. once (probably more) was taking care and worrying about the others so much, he didn’t realize that he was getting sick.

15. Kai actually doesn’t dislike drinking, and has in fact started drinking again! But when he’s out drinking with everyone, he tends to “over-drink”… as in, he gets hyper and then crashes.

16. -Kai stopped drinking for two years because after he drank, he’d hit a low point “tension-wise”, and he didn’t like that about himself, which is why he stopped drinking.

17. His wish for the future is to attain happiness, and one way of getting that happiness, for him, is getting a big house. 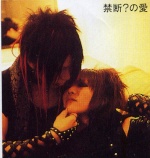 can i say something here? Kai-sama looks like a cute little puppy when he's happy and smiling
kaiobsession

Me and kai have #13 in common. i collect zippos too! But i don't smoke okay? i just like collecting expensive lighters. XDD