Visual Kei; Definition - Visual Kei (ヴィジュアル系) translates to "Visual System." It is, by definition, a style of rock specific to Japan that is often misdescribed by foreigners as "J-Rock", "J-Goth", and various other synonyms for hard rock that begin with "J".

Members of Visual Kei bands often wear striking makeup, style their hair in dramatic shapes with meticulously done colour dyes, and wear elaborate costumes, hence the "visual". A look that became popular around 2000 within this trend is called Gothic Lolita, and by 2002 had become a major youth fashion in Japan. Although the costumes can sometimes appear feminine, the great majority of bands have an entirely male lineup. The appeal of the costumes to fans is so great that large numbers of girls will do cosplay as members of their favourite bands, particularly at live concerts.

Visual Kei, being based upon visual style, is therefore a genre of band but not a genre of music, and the bands often play J-Rock. Visual Kei was originally influenced by Western bands such as Kiss, the Sex Pistols, David Bowie, etc. The movement began with "X-JAPAN".

• Formed on JANUARY 2002 when RUKI (vocalist), Reita (bassist), Uruha (guitarist) from the band Ma'die kusse and Kar+te=zyAnose and Aoi (guitarist) and Yune (drummer) from the former band Artia joined together to form the band ガゼット and was originally signed to Matina Label.
• They were recognized for their first released single WAKAREMICHI, and released a DVD Tape on APRIL 30, 2002.

• Yune decided to leave the band and was replaced by Kai (ex-drummer of Mareydi†Creia
• They signed with the PS Company on March 2003 and released their "first Mini-Album" COCKAYNE SOUP on May, 28, 2003.
• They started their first tour with the band Hanamuke and collaborated with two songs. Their second tour was with Vidoll and they were featured on the November Issue of CURE MAGAZINE.
• Early December, they played a co-headlining show with Deadman and on DECEMBER 28 performed at FOOL'S MATE MAGAZINE'S BEAUTY-FOOL'S FEST which was later released on DVD.

• JANUARY 16, 2004, they recorded a solo performance at SHIBUYA-AX which was released on a DVD as "TOKYO SAIHAN - JUDGEMENT DAY, they also opened their first official fans club.
• On MARCH 30, 2004, they released their SECOND mini-album MADARA which reached the #2 on the Oricon Charts.
• MADARA was followed by a DVD which included 6 Music Videos and an in-the-studio documentary.
• The band was featured in the March Issue of SHOXX MAGAZINE'S EXPECT RUSH III - A catalogue of independent Visual Kei artists.
• ZAKUROGATA NO YUUUTSU was a single released together with ZETSU and MISEINEN on JULY 28, 2004 during a triple release campaign.
• DAINIPPON ITANGEISHATEKI NOUMISO CHUZURI ZECCHOU ZEKKEI ONGEN SHUU is a single initially released in 2004 and rereleased during the reissue campaign of PS Company (JULY 28, 2004). It contains the previously released singles "Zakurogata no Yuutsu", "Zetsu" and "Miseinen".
• A second LIVE DVD, HESEI BANKA was released on AUGUST 25, 2004.
• September and October, they toured with their fellow PS Company bands Kra and BIS.
• OCTOBER 13, 2004 they released their FIRST ALBUM "DISORDER"and reached the #3 spot on the Oricon Charts. The First Press Limited Edition came with a special BLACK and GOLD case featuring both Intro and Disorder Heaven,
• ガゼット spent the remainder of 2004 touring extensively and releasing their THIRD mini-album GAMA on AUGUST 3, 2005.

• The band released their sixth single REILA on MARCH 9, 2005 and embarked on their "STANDING LIVE TOUR 2005 FINAL MAXIMUM ROYAL DISORDER " on APRIL 17, 2005 which was held at SHIBUYA KOKAIDO.
• They released their FIRST MAJOR LABEL SINGLE, "CASSIS" on DECEMBER 7, 2005 and last single under the name ｶﾞｾﾞｯﾄ.
• They released a few items in between their tours and their first PHOTOBOOK, VERWELKTES GEDICHT on SEPTEMBER.
• The band took part in the PEACE AND SMILE CARNIVAL TOUR 2005 which has a Live DVD (2006) (with Miyavi, Kagrra, Kra, Alice Nine).

• The band changed their name from ｶﾞｾﾞｯﾄ, written in Japanese to "the GazettE" written in English. They released "NIL " (NAMELESS LIBERTY UNDERGROUND), their second studio album on FEBRUARY 8, 2006. It was also the first album by The Gazette to be released in Europe on MAY 30, 2006 by CLJ Records.
• They embarked on a massive tour "NAMELESS LIBERTY SIX GUNS " that spanned all of JAPAN with over 30 lives and ending at the venue NIPPON BUDOUKAN on SEPTEMBER 6, 2006.
• They also released their eighth single REGRET on OCTOBER 25, 2006 and FILTH IN THE BEAUTY on NOVEMBER 1, 2006.

• the GazettE also released their HYENA single on FEBRUARY 7, 2007 and had their tour DECOMPOSITION BEAUTY - Final "Meaningless Art That People Showed" at YOKOHAMA ARENA on JUNE 13, 2007.
• "STACKED RUBBISH", their third studio album was released on "JULY 4, 2007 and reached the #2 spot on the Oricon Charts on the same day.
• On October, the GazettE announced a short European Tour which took them through Germany, France, Finland and England.

• A single named GUREN was released on FEBRUARY 13, 2008 and landed the #1 spot on the Oricon Charts. They also announced that a new DVD will be released on AUGUST.
• AUGUST 6, 2008 - STACKED RUBBISH GRAND FINALE (Repeated Countless Error) was held at the Yoyogi National Gymnasium.
• LEECH, their single which was released on NOVEMBER 12, 2008 also landed on the #1 spot on the Oricon Charts.
• the GazettE accomplished a one man band tour through all of October called "From the Distorted City "referring to the song DISTORTED DAYTIME in their single LEECH which portrays TOKYO as a "distorted city"in terms of the soceity and political crisis sweeping over JAPAN.
• They released a secret gig on NOVEMBER 15, 2008 in SHINJUKU STATION. Originally, around 250 people were anticipated, but instead, over 7,000 people attended, the most in the band's history. Due to the amount of people on the streets, the police were forced to shut it down after 2 songs.

• JANUARY 3, 2009, the GazettE performed alongside fellow bands signed to PS COMPANY Label to celebrate the record label's 10th anniversary and they announced that they will have an upcoming single which was DISTRESS AND COMA. It was released on MARCH 25, 2009.
• The release of their single was preceded by a seventh anniversary performance on "MARCH 10, 2009 " at MAKUHARI MESSE CONVENTION HALL.
• They released their fourth studio album "DIM "on JULY 15, 2009 and landed #2 on the Oricon Daily Charts and #5 on the Oricon Weekly Charts, selling 37, 797 copies in its first week.
• Their JAPAN-wide summer tour started in JULY - "DIM SCENE" and their tour final was held at SAITAMA SUPER ARENA on DECEMBER 16, 2009.
• Their BEFORE I DECAY single was released on OCTOBER 7, 2009 and on DECEMBER 24, 2009, the GazettE held a Christmas Eve Live to close out the year called "A HYMN OF CRUCIFIXION "

• On MARCH 2010, the band embarked on "THE END OF STILLNESS " fan club tour only. After the FC tour, the band announced another single SHIVER and a live tour which is named "NAMELESS LIBERTY SIX BULLETS " starting JULY with two consecutive nights at NIPPON BUDOUKAN.
• On AUGUST 4, 2010, they released a DVD of the bands 10 promotional videos (2006-2009) entitled "FILM BUG II" and among all these events, the band announced that they will be transferring from KING RECORDS to SONY MUSIC RECORDS, with the release of Shiver on JULY 21, 2010 which was also selected as the opening theme song of the Sony Anime Series "KUROSHITSUJI II"
• Right after SHIVER, the band announced the location for their final tour for the "NAMELESS LIBERTY SIX BULLETS " which would be at TOKYO DOME on DECEMBER 26, 2010 and two new singels, RED which was released on SEPTEMBER 22, 2010 and landed on the #2 position on the Oricon Charts and PLEDGE which will be released on DECEMBER 15, 2010
AddictedtoAOI 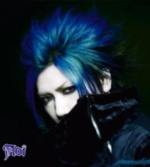 Re: the GazettE BIOGRAPHY